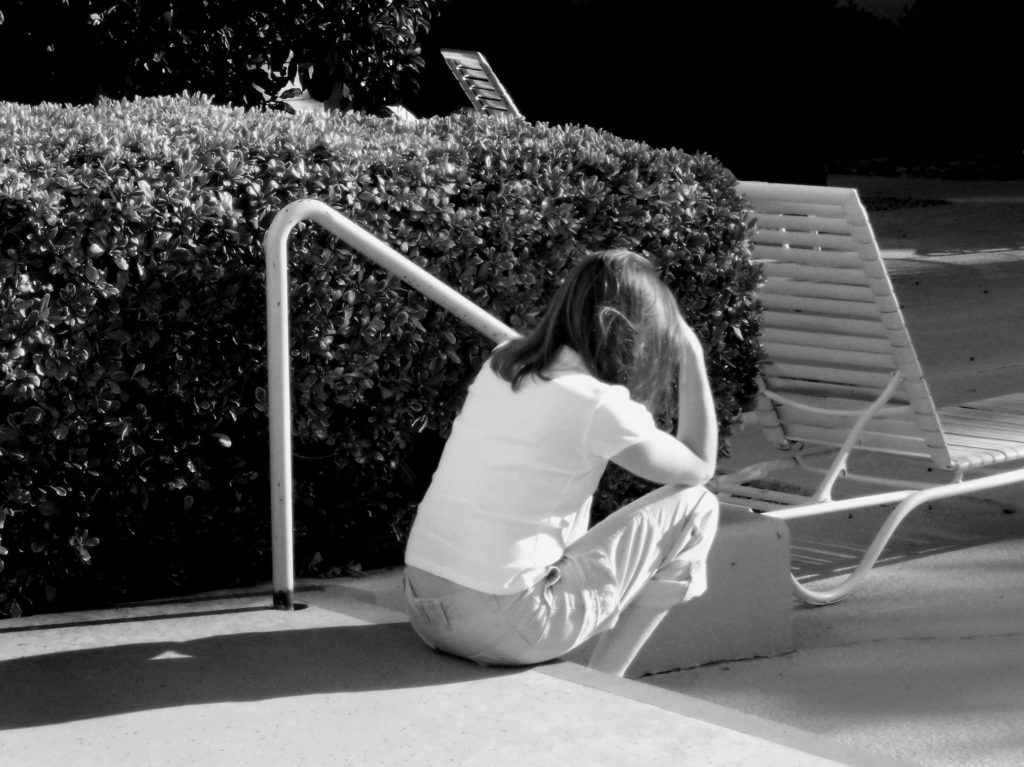 Now that you’ve enjoyed a beautiful, relaxing holiday in a wonderfully preserved Mediterranean island, now that you’ve tasted the local honey and swam in turquoise waters and hiked in majestic mountain landscapes with a view to the sea, well what happens now? Probably the post- holiday depression syndrome. You might suffer from mild depression when you come back to a city, office, subway lifestyle. But consider yourselves lucky, because for Corsicans who don’t live on the island, the post-Corsica depressive syndrome is something else entirely. It is so much more than the usual sad feelings that one experiences when a period of rest and relaxation comes to end, and one has to face the stress of a workweek.

The pain experienced by a Corsican leaving his island is not too dissimilar from the feelings related to the various stages of grief. Of course, it is not about losing a person (although, saying goodbye to aging or sick relatives that you sometimes fear not seeing again brings you dangerously close to that feeling), but it is in a way like losing a bit of yourself, of your identity, of who you are. You grieve for a sense of familiarity, a sense of belonging, you grieve for physical sensations that are somehow very important for your physical well-being: certain sounds, certain smells, certain colors that you didn’t even realize your senses were missing. No matter how much time you spend apart from them, those sounds, smells and colors stay with you all your life, they are like a genetic imprint in your body and mind, and every time you feel them again it brings you a sense of being in the right place and a purely physical joy similar to an orgasm; losing them again for another long period of time causes a particular kind of emotional and physical distress that is hard to describe. The process lasts a few excruciating weeks and the best comparison I can make is with the stages of grief.

They typically start during the last days of holiday, when still on the island. It’s that morning you wake up and suddenly realize that in just a few days, your present surroundings are going to be reduced to pictures on a wall. You start getting chills down your back and saying things like “I don’t want to go“, “I can’t believe time is passing by so quickly here“. Well-meaning, clueless friends and relatives immediately jump in to tell you to enjoy it while you’re here, not to spoil your holiday thinking about the end of it. Of course, this does not help at all. On top of the feeling of dread, this only adds a feeling of guilt and being misunderstood.

As the D-day nears, you enter a period of suffering similar to Jesus Christ’s last night on the Mount of Olives. Painfully slowly, you say goodbye to all the elements of your Corsican life. Goodbye, favorite beach, goodbye, favorite turn in the mountain road, goodbye, house, goodbye, colors of the sunset on the sea, goodbye, favorite food that I can never taste anywhere else because it’s not for sale anywhere else. (One of the curses of coming from a small place is that you are forever deprived of your favorite food if you move, because you’re missing the ingredients. People whose favorite food is pizza Hut, or spaghetti Bolognese which you can always cook, you have no idea how lucky you are.)

The Departure day, that day when you have to wake up in Corsica and go to sleep in another, much less loved and probably much colder place, is by default in the top 5 of the shittiest days in the year. This is a rule of nature and you know that there is absolutely nothing you can do to make it better, no matter what well-meaning people will tell you. The first tears come when you have to start packing. The tension wells up until it all explodes in a climax of misery at that dreadful airport terminal. You manage to keep up a straight face until after your final goodbyes, because your mother is already crying profusely, your father looks older than ever and you don’t want to cause them any more distress. But when you walk on the tarmac and smell the wonderful scent of the Corsican bush one last time before the bland metallic winged machine takes you away from it all, the bubble of anxiety bursts out and you experience your first mini-collapse. No matter how grown up you are, you sob like a five-year-old at take-off, or at landing, or in between, especially when the plane flies over the mountains of the island and you know that somewhere over there, between those two particular peaks whose shape is in your heart, there lies your village, and your grandfather’s grave, and you remember that when you were a kid and you said goodbye to him, he would tell you “leaving is dying a little“. Thanks, Grandpa; unfortunately, I’ve learned my lesson.

The first days back to wherever you live are spent in a haze of comatose hallucination. You go to sleep at 9, jet-lagged as if you were arriving from the other end of the world. Sleep is a refuge to forget where you really are. You go through the days like an automat, not really present. A part of you believes that this is all a bad dream, and when you wake up, you’ll be back on your island and you’ll open your bedroom window to a sun-kissed landscape of mountains and sea instead of street lamps and ugly buildings. What meeting tomorrow? Nonsense, I’m going fishing tomorrow.

When the coma fades and you realize where you are, you can’t help but being angry. Mostly at yourself. It’s the “what the f** am I doing here?“ phase. You beat yourself up for the poor decisions which obviously led you to live such a life of misery. You are angry at the economy that makes it hard for you to get an interesting job where you were born, angry at corrupt politicians, angry at the whole state of Europe for keeping jobs in the grey zone instead of in the whole welcoming rest of the continent not comprised between 50 degrees of latitude and the North Pole.

You eat your imported canistrelli alone on the sofa, browsing pictures of your holiday.

At this stage comes the needs to share your misery with the rest of the world. In a lame attempt to get some measure of understanding and comfort, you may try to hint at your inner devastation, perhaps in a half-joking tone. That’s always a bad idea. Clueless others will invariably turn a deaf ear and a blind eye to the sick person’s feelings. They might even come back with upsetting, moralizing, useless comments which only aggravate one’s feeling of loneliness and despair. There is the classic “don’t complain, at least you had a holiday”, from bitter people who see your southern origins merely as an unfair bonus which gives you free beach vacations; the other great classic is “if you’re so miserable in here, why don’t you just go away?”, uttered by people who take your misery as a personal offense to their country; and finally, there is the irritatingly paternalistic attitude which produces automatically generated pieces of wisdom such as “adaptation is key to survival” or “if you don’t get a more positive attitude about being here, you’ll never be happy”, generally uttered by someone who is actually living in his home country, contrary to you. For all these people, going back from holiday merely means going back to work. For them, you are just being lazy, which happens to fit their clichés about the French, Mediterranean people and Southern Europeans in general.

Having experienced this rejection at a time of need, you quickly realize that the only people who can understand you are other exiles from the south. So you make sure to organize get-togethers to wallow in each other’s misery and repeat how horrible the weather is, how dreadful the food is and how rude people are.

Once the depressive stage is overcome, phase 5 is supposed to be all about

You’ve made your bed, you have to lie in it. You dress with a sweater in mid-September, not even realizing anymore that at home, people are still going to the beach. You switch on your lamps at 7pm because sunlight isn’t strong enough to read in the corner of the living room, not thinking anymore that at home, there is a solid hour left before a gloriously red sunset over the sea which will paint the sky pink. You eat fruits and vegetables from the supermarket, not thinking anymore that at home, they would actually taste like fruits and veggies, and they would be coming from your mama’s garden, not some genetically modified Dutch greenhouse. You phone your mother, she makes you cringe with her controlling habits, and you think “thank God I live abroad, I could not deal with her everyday”. Then you feel guilty. Life goes on. The calendar months change. You survive another Northern European autumn/winter. And one day, you realize it’s time to buy the tickets for the next visit home. With the excitement of a die-hard fan going to see their idol’s concert and the religious fervor of a pilgrim on his way to the Holy Grail, you purchase your tickets and start the countdown… here it begins all over again.